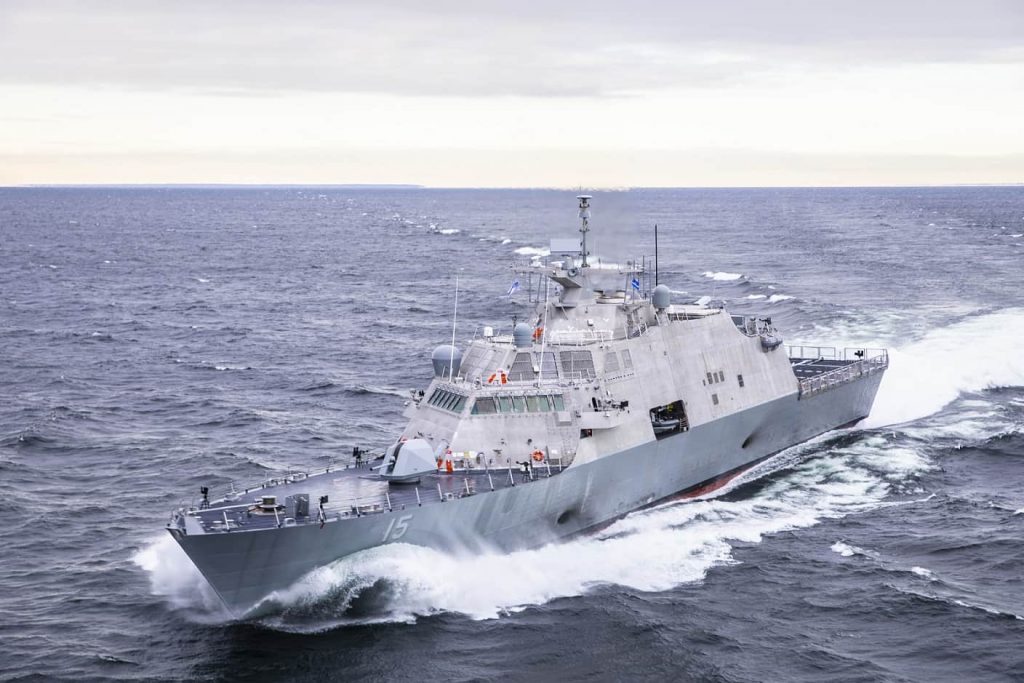 Several months after selecting Key West, Florida as host-city for the commissioning of the future USS Billings (LCS 15), Secretary of the Navy Richard Spencer’s office announced that the event will take place August 3, 2019.

The Commissioning Ceremony signifies the acceptance for service and the entrance of a ship into the active fleet of the United States Navy. Mrs. Sharla Tester, the wife of Montana Sen. John Tester is the ship’s sponsor.

The ceremony will be highlighted by a time-honored Navy tradition when Mrs. Tester gives the first order to “man our ship and bring her to life!” At the moment the commissioning pennant is hoisted aloft, USS Billings (LCS 15) becomes a proud ship of the fleet. Cmdr. Michael Johnson, together with the ship’s officers and crew, will accept the duties and responsibilities of making and keeping her ready for any service required by our nation.

The future USS Billings is the 17th littoral combat ship (LCS) to be delivered to the Navy and the eighth of the Freedom variant to join the fleet. The Navy accepted delivery of the future USS Billings (LCS 15) during a ceremony at the Fincantieri Marinette Marine (FMM), shipyard, Marinette, Wisconsin, Feb. 1 2018. Delivery marks the official transfer of the ship from the shipbuilder, part of a Lockheed Martin-led team, to the Navy. It is the final milestone prior to commissioning.