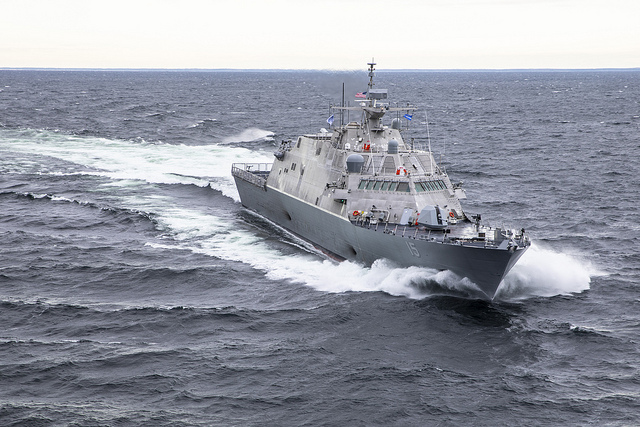 Secretary of the Navy Richard Spencer has approved Key West, Florida as the site for the commissioning of the future USS Billings (LCS 15). The event will take place in August 2019. The specific date has yet to be announced.

The future USS Billings is the 17th littoral combat ship (LCS) to be delivered to the Navy and the eighth of the Freedom variant to join the fleet. The Navy accepted delivery of the future USS Billings (LCS 15) during a ceremony at the Fincantieri Marinette Marine (FMM), shipyard, Marinette, Wisconsin, Feb. 1. Delivery marks the official transfer of the ship from the shipbuilder, part of a Lockheed Martin-led team, to the Navy. It is the final milestone prior to commissioning.